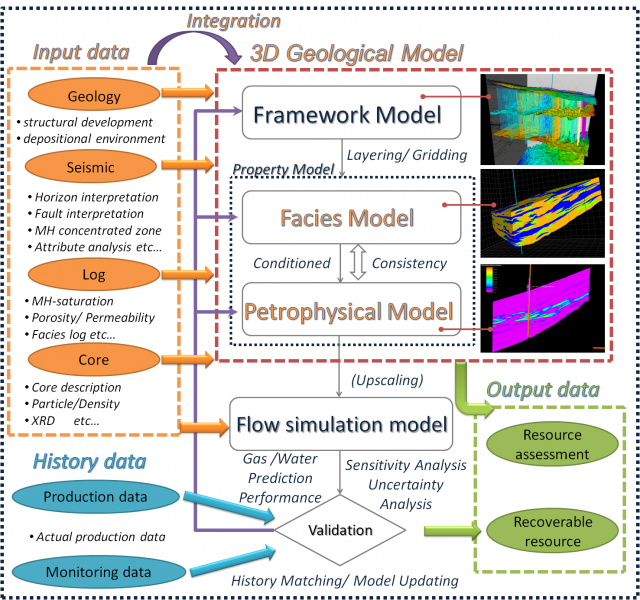 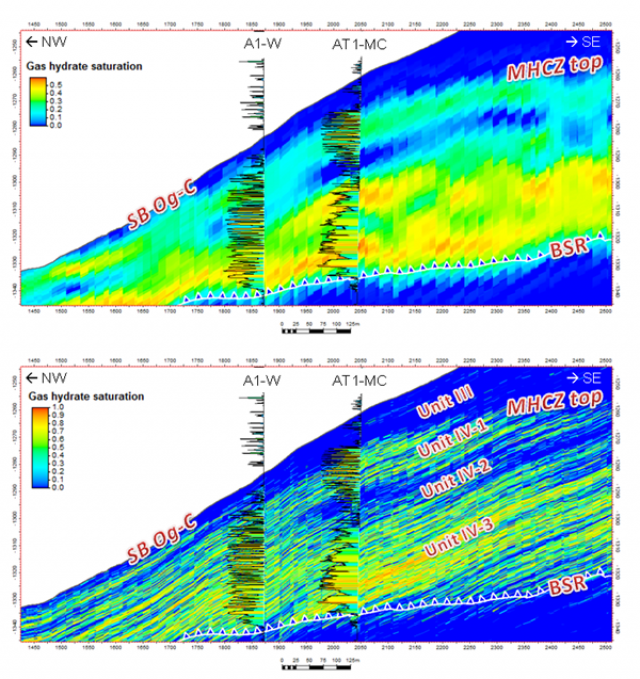 The objective of this study is to conduct reservoir characterization of methane hydrate-bearing turbidite sediments around the first offshore production test in the eastern Nankai Trough. In order to provide reliable prediction of gas production performance throughout the test, we have constructed 3-D geological models from geostatistical approach.

In accordance with geological modeling workflow (Figure 1), 3D framework model was built to populate facies and petrophysical properties. The non-orthogonal corner point grids were used for the grid system to represent the reservoir geometry and structural tilting. The grid has vertical pillars with a constant spacing of 12.5m×12.5 m in the x and y directions.
In the property modeling, facies and petrophysical properties such as hydrate saturation, porosity and permeability, were distributed into the model grid. In this project, we applied the geostatistical simulation techniques which reproduce the heterogeneity and quantify the uncertainty in a reservoir. Figure 2 shows the modeling results of the gas hydrate saturation distribution. We used the sequential Gaussian simulation with co-llocated co-kriging to integrate well and seismic data. The method reproduces the well data precisely (i.e., hard data) and incorporates an extensively sampled secondary variable with a scatter cloud between two variables (i.e., soft data). The integrated model adequately describes the reservoir heterogeneity and effectively interpolates the seismic trend with respect to the well data.

This project was mainly conducted at JOGMEC Technology and Research Center and our head office.